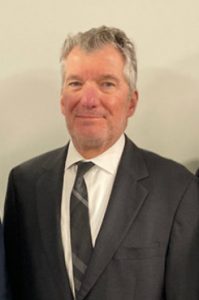 Mr. De Fazio joined the firm in late 2019, bringing with him over 40 years of experience in public service law, which he obtained as both an attorney and a judge.

After graduating from Seton Hall Law School, and following some time as an intern, Mr. De Fazio began his legal career in earnest as an Assistant Hudson County Prosecutor in 1978, eventually working his way up to becoming the homicide unit chief.

In 1989, he was appointed Chief Judge of the Jersey City Municipal Court. But two years later, in 1991, Mr. De Fazio returned to the Hudson County Prosecutor’s Office as the First Assistant. His duty was to supervise the daily operations of the legal staff. He served for a decade in this role before becoming a Superior Court Judge for two years, 2001-2002, for the State of New Jersey.

In 2002, Mr. De Fazio once again left the bench for the Prosecutor’s Office where he became the Hudson County Prosecutor for two five-year terms. In 2012, Mr. De Fazio was appointed to the Superior Court bench and served for seven years before entering private practice at the law firm of Bruno and Ferraro.

The life-long Hudson County resident is admitted to practice law in New Jersey, New York and before the United States Supreme Court.